P. Bartolucci, F. Galacteros and S. Moutereau (Eq. Pirenne), co-authors with the NIH of an article published in the journal PNAS ! 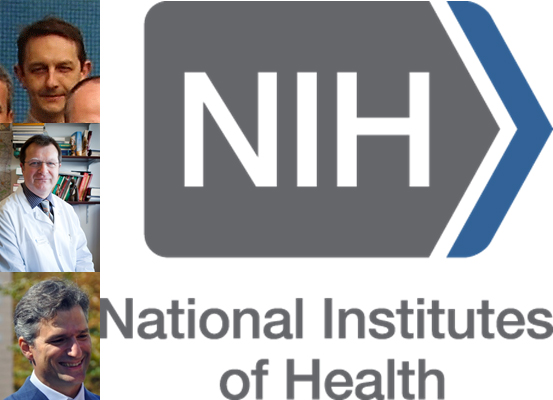 The molecular cause of sickle cell disease is the polymerization of mutant hemoglobin S during deoxygenation, which is the cause of the multiple attacks of the disease. The amount of fibres in equilibrium and the kinetics of fibre formation both depend on the concentration of haemoglobin S and the partial pressure of oxygen.

Pablo Bartolucci, Frédéric Galacteros and Stéphane Moutereau, Pirenne team, are co-authors of an article published in the June 11, 2020 issue of the journal PNAS by NIH teams showing that the control of polymerization by oxygen at equilibrium can be better explained by a recent extension of the famous two-state allosteric model of Monod, Wyman and Changeux.

Because of its unusual kinetics, polymerization is far from equilibrium, which explains why patients with the disease have vaso-occlusive episodes that are not permanent, while those with elevated fetal hemoglobin levels have more benign conditions and those with a sickle cell trait (the heterozygous AS state) are asymptomatic.

Their analysis indicates that patients survive because the delay in polymerization allows the majority of red blood cells to escape from the small vessels before the polymer fibers are formed and can therefore be reoxygenated back into the lungs.

When Chemistry Meets Health – 3rd IMRB/ICMPE Seminar: Anticancer Therapy: Use of a Multivalent Nucleolin Antagonist in Free or Polyplexed Form :

The Adhesion GPCR Gpr116 Maintains the MuSC Pool via Nuclear Activities of beta-arrestin1 :

A research and medical care network for psychiatry